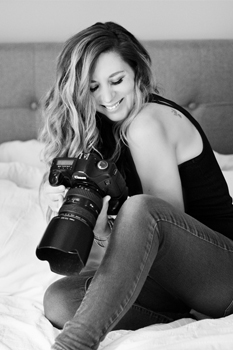 We are always over-the-moon excited when one of our editorial features gets published.  It is so gratifying to see the initial concept and effort of the team evolve into a beautiful printed layout, and nobody does a print magazine better than WedLuxe.  The latest WedLuxe magazine hit the stands in December, and we are doubly excited to announce that our 6-page editorial spread was not only selected for publication in the Eastern Canada issue, but the Western Canada issue as well!  SO exciting.

Putting together this particular editorial was not a feat for the faint-of-heart.  We took a big risk and chose a specific outdoor location (Rockwood Ruins) because we felt it was the perfect backdrop for the scene.  What we didn’t anticipate as part of the risk, however, were severe winds, rain and a tornado watch – which is exactly what we got and threatened to send us running for cover on more than one occasion during the day.  As a team, we had only one opportunity to make this editorial work.  We put a lot of time and effort into developing the concept and bringing it to life, so having it trampled (literally) by a tornado was just not an option.  Thankfully, Mr. Tornado took pity on us, and only left us with a downpour of heavy rain, thunder, and lightening – but not until we had packed away the last box into the vehicles.  *Phew*.  We always say “big risk, big reward”, and we like to think that this double feature was our big reward for a risk we took that may be bordering on slightly crazy…

We hope you like the feature.  To see it in print, please make your way to any Chapters, Shoppers, or a newsstand across Canada (oh how much do we love the sound of that?).  Enjoy. We would also really like to thank all the incredibly talented people who’s time, effort and creativity made the Da Vinci Renaissance Editorial FAB-U-LOUS!

Olga - These are stunning!
Great job – so inspiring!
Keep up the great work!